Converting a Deck Box into a Dungeoneering Box

If you’re keeping score, we’re seven points deep into launching our next Kickstarter: a from-the-ground-up leather and wood Deck Box. Some of us (ahem DAN ahem) are the wrong kind of nerd and don’t play M:tG but still like the look. For them, we’ve adapted the M:tG wooden Deck Box design to be a more universal D&D Deck Box slash tabletop RPG friendly avatar.

We started our D&D Deck Box design with the short list of D&D essentials: minis, dice, dry erase pen, writing surface, and a few coins ‘n’ cards for good measure. We prototyped a card-version of a character sheet for the full-package feel, and then built a basic insert that could support, lift, and separate all of it into a dungeoneer’s dream. 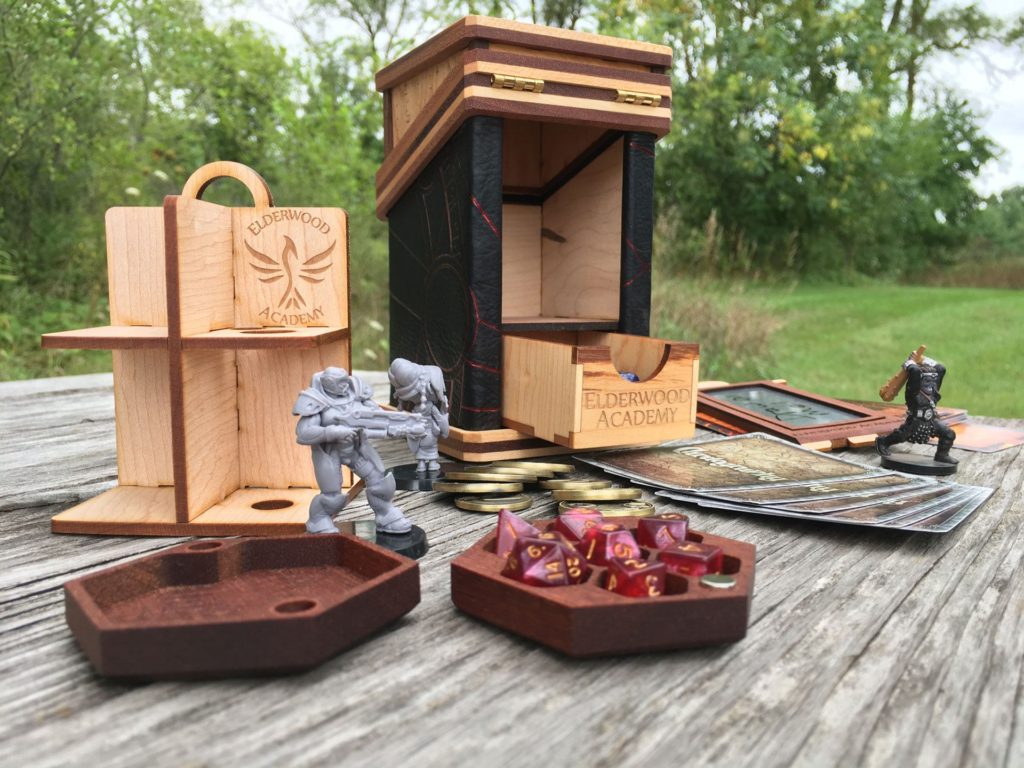 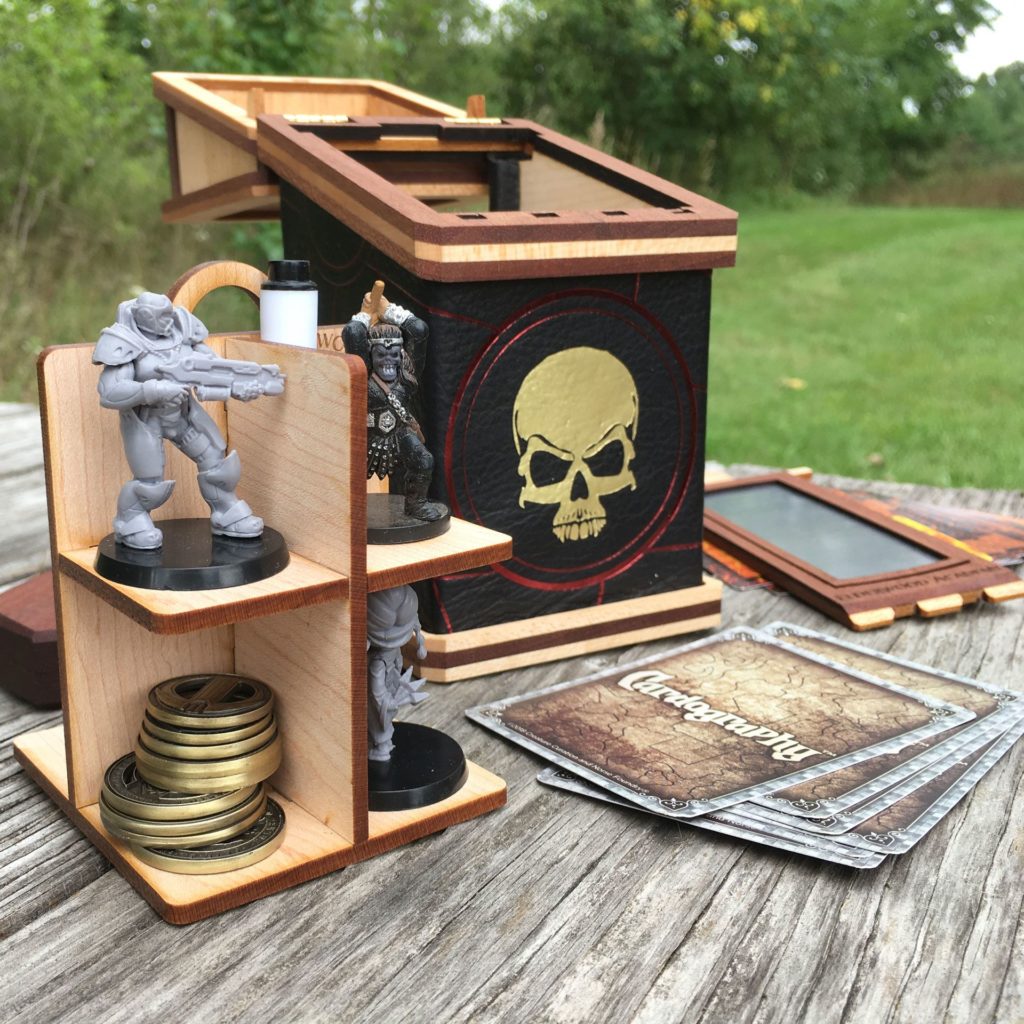 What would you want to toss into a real-life Dungeoneering Kit? Hit us up on Twitter or Facebook or email and let us know!

Evolution of a Life Counter

On today’s venture through Bloggerton we’ll be looking at the evolution of our M:tG wooden Deck Box’s booty – the back panel we’ve dubbed “The Portal” (runner-up name: the Fauxdoor) ‘cause it looks like one and also there’s Magic on the other side! We’ve gone through a dozen or so versions of The Portal and landed on a space that doubles as a way to keep track of your life during a game of M:tG.

Lo, in the beginning there was no Portal at all! Well, there was, but it was integrated into the design as just like… another wall. The panel initially came to life as a fun way to build an access point for a seeeeecret compaarrrrtttmennttt!! *oooooh spooky*. 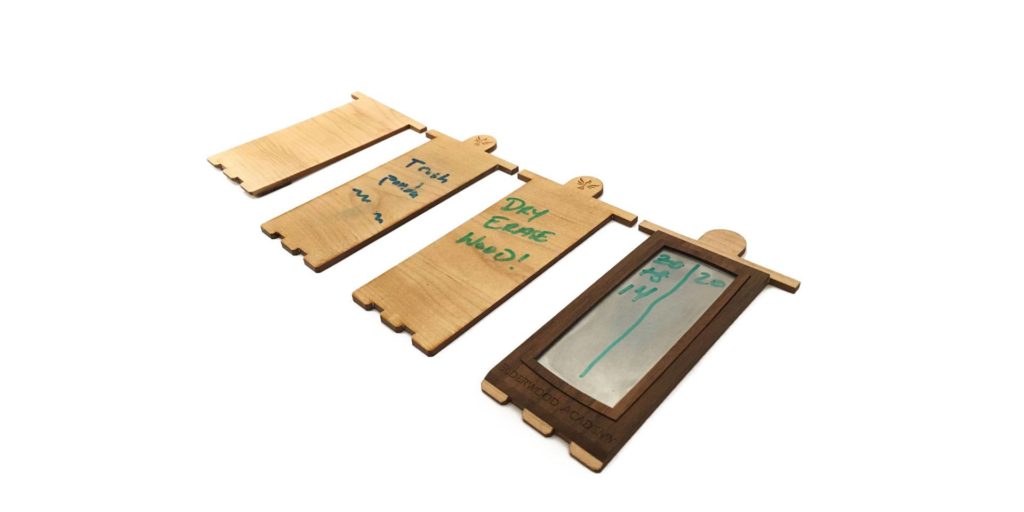 Functionally the Portal was a little too subtle so it grew a lumpy ear-thing that you can yank on to make it more use… use-y. Use-ish. We also went through multiple solutions to make the Portal re-writable, including some paint-on approaches and a plastic film approach. The paint ended up frightening the wood (and looking awful >.>). The plastic film was nice until the glue decided it was going to GTFO of town when it saw our oil finish. Thus, the dry-erasable steel doorway was born.

We settled on The Portal for a life counter, but we’d love to hear about your favorite way of keeping track! Do you use dice? Spinners? Tokens? Educate us on twitter @elderwoodboxes or Facebook or via email!

Free Shipping on all orders $50+ in the US Dismiss